I spoke to a friend of mine tonight at work that had a similarly nightmarish experience with the shame shack. Now, when I first wrote this article I made the decision to censor the name because I actually got very good service. The atmosphere was just utter horse shit.

Let’s call my pal B.

B mentioned she’d read my blog and had to tell me that her experience there was similar  if not worse than my own. She was lead down the same long stone pathway of humiliation into the same dingy, heat-less outhouse of plus size dresses that time had forgotten. Only her consultant was extremely rude. She mentioned at one point to this woman that she was looking for a certain style of gown, and was promptly told that she was “too big” for this gown style. So not only do they escort you into a den of 20 year old crinoline, they tell you you’re too big to wear certain styles, apparently.

I am genuinely sorry this happened to B, one of the kindest people I know. I have her to thank for my new amazing job. The fun part of this story? B was then interning for the second largest wedding consultant/planning etc, group in the area who promptly informed Bridaltown that they were no longer going to receive any more of their business. I’m happy her employer stood up for her.

I’m sorry this happened to B, and I’m sorry these things happen to anyone.

Last night I had a dream that was so ridiculously telling, I have no choice but to write about it. I was struggling to get to my apartment door while holding a small puppy in my arms. There was a hawk circling menacingly overhead and I knew puppy was for lunch. When I approached my door, there were two kittens who had gotten out of the apartment building somehow, so I scooped them up into my free arm and began to struggle with  the process of getting my keys out and opening the door while wriggling fluffballs flailed under each arm, the hawk dive-bombing us all the while.

When I finally got into my apartment, an old friend who I no longer speak to due to his constant needy and abusive nature was in my bed, wearing pajamas. I put down the menagerie and asked him if he could move to the couch because Devo (my fiance) would be home soon, and needed to sleep. The old friend refused. At that moment Devo came home and told me it was fine, that the bed was big enough for all of us.

As amusing and stupidly transparent as this dream was,(Devo would have probably drop kicked dude, for instance) I was comforted by it. It reminded me of some things. Yes, I am a class -A- sucker for all of the kittens, puppies, and jerks in the universe, but I also have a guy in my life that not only embraces this part of me, but loves it. Despite the occasional annoyance it causes, he wants to marry me.

I’m getting married next October to this patient, awesome person, and that’s pretty cool.

Married. At a wedding. Dear lord.

Weddings were always a very far away, foreign concept for me. Partly because I was a horribly teased fat kid with 30 years worth of voices in my head telling me I didn’t deserve this holy union, and partly because rebelling against it was easy. To love, honor and obey? Maybe the first two. I didn’t want to feel like a princess. I don’t like poof. The entire industry feeds on proclaiming this to be the most important day of your life, and I thought that was complete crap.

I’m not saying it’s bad for everyone, and if you’ve been dreaming of this moment your whole life, then I wish nothing but happiness for you. I’m jealous, because at least I could have had this crap planned out nice and early.

I’ve also struggled with the concept of what “I” want as an individual, which is making this process extra hard.

When I was younger and I wanted to gain perspective into ego I read Ayn Rand, and that didn’t help. It mostly just made me hate Ayn Rand. To attempt oneness and unity with all I read Heinlein, and I thought he came off as a macho pig. I went back to X-Men and read The Dark Phoenix Saga because being a telekinetic superhero seemed more fun than being a selfish douche or an alien sex slave. I mean come on, what better role model than a kind, intelligent Omega-Level mutant, constantly struggling with duality. 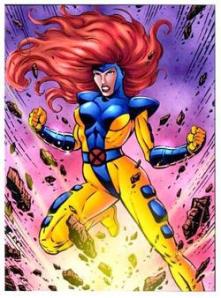 Having “boyish” interests had little to nothing to do with my inability to fantasize about my perfect wedding, in case that’s where you think I’m going. Feeling a general disconnect, a lonely nerdy-ness. You know, back before nerds were okay, I guess. That was the biggest culprit. It was much later in my life that I began forming amazing bonds with people other than members of my family. I wanted to keep them around and never hurt them. This is carrying into my wedding planning in a huge way.

Coupled with being a people-pleaser, being out of a job, and being a naturally cheap and non-fluffy individual (who is also quite fluffy on a biological level), planning a wedding is completely out of my comfort zone. Thankfully I have a mother who is a natural party planner, a soon to be mother-in-law that makes amazing wedding cakes, and a ton of family and friends to slap me around when I shut down. My amazing maid of honor who has been my rock since the age of 12 already stated her concern that she’s going to have to drag me kicking and screaming into the world of “what I want.”

I’ve found a lot of extremely helpful websites such as offbeatbride.com, romanticthreads.com and my personal favorite http://www.thebrokeassbride.com/. These sites were a fantastic conformation that there were others out there like me. People who suddenly out of nowhere wanted to marry a person, and had no idea how to practically go about it without going broke or having to haphazardly go along with concepts and expectations they were not comfortable with.

My challenge from now until October 26th of 2013 will not be getting married. That’s the easy part. My challenge will be the same challenge most people who are about to get married have. Being conscious of others while throwing yourself exactly the kind of party you want…

…And not go insane in the process.

I’m willing to tackle this head on because Devo is worth it, and I really do want a big party. That’s the best part of weddings and why I like going to them. I’ve always loved and have thrown big parties. You get to see tons of people, you get to dance. You get to be married because you met someone that made you want to be married.

That is the essence of this union, whatever you want to call it. I want to be with this person, and I want to have a party celebrating it where my friends have fun because I like them a whole lot.

Now If I can muster up the strength to tell them to go to hell midst a chorus of “booing” because I’m not having open bar, that’s a good start.